Skip to Resources Skip to Topics Skip to Solutions

DOT drug and alcohol testing is not as straightforward as it may seem when you consider the following:

Whether you need info on recordkeeping, random testing, drug and alcohol training or testing products, J. J. Keller can help you remain compliant.

The clearinghouse outlines the roles and responsibilities of those who will be required to use it. It was launched on January 6, 2020, when it became mandatory to report and query information about driver drug and alcohol program violations.

The rule requires employers, medical review officers, substance abuse professionals, and consortium (for owner-operators) to report specific violations to the clearinghouse. In addition, employers must query the system for testing violations at time of hire and annually for existing CDL drivers.

Effective January 6, 2023, the clearinghouse is the sole means of learning Part 382 violations. Prior to that date, employers must continue to include DOT drug and alcohol history questions on the safety performance history records request.

Information on the following twelve areas must be included in the DOT drug and alcohol policy materials:

Optional Provision — The materials may also include information on additional employer policies with respect to the use or possession of alcohol or drugs. These additional policies must be clearly identified as based on the employer's independent authority.

Drivers are not required to undergo formal training under the federal drug and alcohol testing regulations. However, materials explaining how the employer implements the requirements of 49 CFR Part 382, and the employer's policies, must be provided to each driver.

An employer must ensure all persons designated to supervise drivers receive the following:

Supervisors will use the training to determine whether reasonable suspicion exists to require a driver to undergo testing.

The training must cover the physical, behavioral, speech, and performance indicators of probable alcohol misuse and use of drugs. Recurrent training is not required.

Employers are expected to maintain records of their alcohol and drug programs. §382.401 specifies the records to be kept and the length of time. The records must be kept in a secure location with controlled access. The records may be included in personnel records that have controlled and secure access only by authorized personnel.

Specific types of records to be maintained:

In addition to the above documents, FMCSA requires employers to retain a copy of the pre-employment and annual queries of the CDL Drug and Alcohol Clearinghouse for at least 3 years. The consent form used for the annual limited query must be kept for at least 3 years from the date it was last used to request a report.

The following chart shows the required retention period for the various records:

The FMCSA requires all documents to be maintained in accordance with §390.31, which sets forth requirements for copies and long–term storage of documents. §390.31 allows that records, except those requiring a signature, may be maintained through the use of computer technology, as long as access to drug/alcohol records is controlled. The motor carrier must be able to produce a computer printout of the required data on demand.

The FMCSA will allow the records to be maintained anywhere, but the employer must make them available at the employer's principal place of business within two days of an FMCSA request.

Under 49 CFR §382.403, a motor carrier must prepare an annual summary of alcohol and drug test results only if the carrier is notified by FMCSA to submit summary information on forms provided by the agency, or upon the demand of a federal, state, or local official with proper authority as part of an inspection, investigation, or special study.

Pre-employment testing is among the most-cited of all FMCSA safety regulations. A verified negative test result must be present before using the driver in a safety-sensitive function for the first time.

Pre-employment testing is not required:

The FMCSA requires drivers who operate CMVs that require a commercial driver's license (CDL) to be subject to random drug and alcohol testing.

Many of the requirements with regard to random testing are the same for both alcohol and drug testing. Two areas in which the regulations differ deal with the random testing rate and the time period when the test may be conducted. The random draw is required to be pulled from a pool of affected drivers.

Testing rates are based on average number of driver positions:

Post-accident testing is required as soon as practicable following an accident involving a CMV on a public road, in commerce when:

Return-to-duty testing must be performed according to part 40, Subpart O. In the event a return-to-duty test is required, the driver must also be evaluated by a substance abuse professional (SAP) and participate in any assistance program prescribed. Tests do not need to be confined to the substance involved in the violation if a SAP determines it is important to test for other substances.

Generally, if a substance abuse professional (SAP) determines that a driver needs assistance resolving problems associated with alcohol or drug use, the employer shall ensure the driver is subject to unannounced follow-up testing following the driver's return to duty. Follow-up testing is separate from, and in addition to, the regular random testing program and must be conducted under direct observation.

The number and frequency of tests are determined by the SAP, but must consist of at least 6 tests during the first 12 months following the drivers return to duty. Follow-up testing may be done for up to 60 months. SAP can terminate the requirement for the follow-up testing in excess of the minimum at any time, if the SAP determines that the testing is no longer necessary. However, an employer may not require employees to undergo additional follow-up testing beyond the SAP's requirements.

Note: The requirements for follow-up testing continue to "follow the employee" to subsequent employers or through breaks in service.

Drivers are required to submit to an alcohol or drug test when the employer has reasonable suspicion to believe the driver has violated the prohibitions in §382.201 through 382.215 (Subpart B). The employer's reasonable suspicion must be based on specific, contemporaneous, articulable observations concerning the appearance, behavior, speech or body odors of the driver.

Other aspects of the reasonable suspicion testing requirements are specific to alcohol testing or drug testing. Here is a summary of those provisions:

Alcohol testing is authorized only if the observations are made during, just before, or just after the driver performs safety–sensitive functions. The person who makes the determination that reasonable suspicion exists to conduct an alcohol test shall not conduct the alcohol test, in order to preserve protection for the driver.

The mere possession of alcohol does not constitute a need for reasonable suspicion testing, which must be based on observations concerning the driver's appearance, behavior, speech, or body odor.

The regulations do not give the employer authority to take any action, other than stated above, against a driver based solely on the driver's behavior and appearance with no test result. The employer may take other action independent of FMSCA regulatory authority.

The documentation of the driver's conduct must be prepared and signed by the witness within 24 hours of the observed behavior, or before the results of the drug test are released, whichever is earlier.

Our unparalleled range of products can help you provide drivers and supervisors with the tools they need to comply with the requirements. You’ll always get the most accurate and dependable solutions, because they are backed by our team of in-house safety and compliance experts. 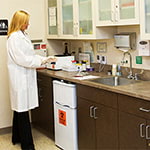 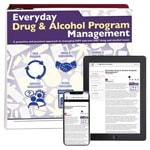 Learn how to manage a workplace and/or DOT drug and alcohol test and comply with state and federal regulations. 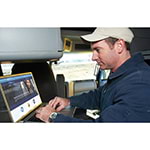 Shop training, services and more to help you comply with the new clearinghouse FMCSA requirements. 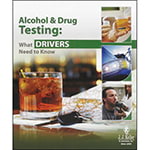 Give your drivers the information they need for DOT's alcohol & drug testing requirements. 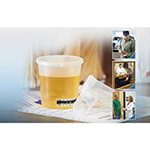 Help your supervisors gain the knowledge and confidence they need to make reasonable suspicion determinations.

Choose from a range of alcohol and drug testing forms to help you comply with DOT regulations. 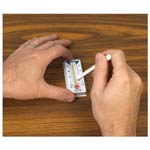 Get the supplies you need to comply with drug and alcohol testing requirements. 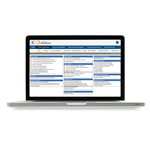 Automate & simplify the way you manage your driver and vehicle files. 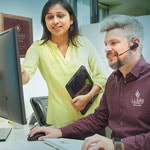 Get a clear, complete view of compliance for your entire fleet. 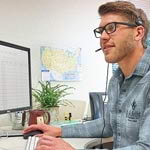 Our team of experts will help protect your risk for DOT audit and intervention. 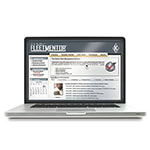 The online toolbox and advisor that helps you cover all areas of the CSA BASICs... including Controlled Substances & Alcohol.